This is the second in a series of blogposts reflecting on my current research on how difference has been understood in Christian history. In this post, I’m thinking about the human need for order and fear of chaos, as powerful driving forces as we seek to understand and make sense of difference. 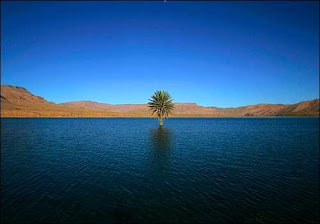 Consider the well-known creation story in Genesis 1. Here, God’s act of creation is portrayed first in terms of creating a series of distinctions. In the beginning, there is ‘a formless void’ (Gen 1:1). God’s activity first separates light from dark, then sky from what lies below, then land from sea. This creates a series of diverse habitats, and the next stage of God’s creative activity is to call forth from those habitats a wide variety of life appropriate for each – first vegetation, and then living creatures to populate the sea, sky and earth respectively. The teeming variety of such creatures is deftly evoked: ‘every living creature that moves, of every kind, with which the waters swarm, and every winged bird of every kind….cattle and creeping things, and wild animals of the earth of every kind’ (Gen 1:21,24).

In this creation account, difference is presented first as being about bringing order out of chaos by acts of separation and arrangement. Secondly, it is presented as generative. Once order has been established by the separation of different elements, these can become fruitful (note that this is not, at this stage, about sexual difference but about diversity of habitat). And thirdly, diversity – in all its creeping, squawking, splashing abundance – is presented as a fundamental feature of God’s intention in creation, an indicator of God-given abundance. These three dimensions of difference – order, fruitfulness and diversity - will recur again and again as we look at how difference has been understood theologically.

There seems to be a deep human craving for order which transcends most cultural, political or religious divides. Psychologists have repeatedly shown that much of our sense of beauty is driven by an appreciation for symmetry –the more symmetrical a face is, the more beautiful it is rated by test subjects. Chaos seems to be a deep primal fear, and the earliest human societies are often marked (or diagnosed) by features of arrangement – of structures, mark-making, deceased bodies, and so on.

Some sociologists of religion even theorise that religion itself arose out of this deep human instinct to seek order to keep chaos at bay. One could just as easily argue, of course, that humankind being made in the image of a God who brings order out of chaos would naturally seek to do the same. The point is that whether looked at from a religious or purely secular standpoint, the human desire to seek order appears to have been the earliest response to the existence of difference.

It seems to me, as I’m doing this work on the history of how theology has thought about difference, that most of what I’m seeing consists of elaborations and different systematisations all aiming to fulfil this basic human desire – to arrange chaos, so that it emerges into an order which is found to be, at all levels, life-giving. Furthermore, it is disagreements about what is most fruitful, generative and life-giving that lie at the root of most of the disagreements which have ensued about difference and diversity. This applies not just to our sexual arguments in the church (which so often circle around not simply questions of procreation, but also and even more fundamentally a desire for ordered relationships, which will create a stable society, and so allow human life to flourish). It also can be seen much more widely in society, where arguments and debates about cultural diversity so often turn on a deeply felt desire or need for social stability and communities of belonging that we feel comfortable and safe in. We want order, not chaos.

Our deep human fear of chaos is foundational to arguments about difference, and is why such arguments are so deeply felt – we feel viscerally that these arguments matter, because they are all that lies between us and our primal fears of chaos.

This is also, I suggest, why such arguments can seem petty, trivial and even pathetic to those who see the ‘thin blue line’ between chaos and order in a completely different place. Because all such arguments are fundamentally about arrangement they very easily be characterised as ‘rearranging the deckchairs on the titanic’, or re-arranging the books on the shelves by colour or height rather than by subject. Arrangements of things almost inevitably feel trivial to those whose preoccupation is with arranging something else! It is worth briefly considering different hobbies, and how absorbing and

important they seem to their adherents – from stamp collecting, model railways, football, knitting, dog breeding and showing…… their rules seem arcane and trivial to those outside, but are very important to those inside.

And this is where societal blindness comes into play – it is very difficult indeed for a society which just assumes a particular arrangement of things is a given to see that as just one set of possible arrangements. This is one of the key insights of liberation/black/feminist thought – the need to problematize assumptions and see ‘common sense’ as a particular societally bound way of thinking. So, to those for whom the line between order and chaos lies in getting religion right, stamp collecting is a ridiculously trivial example whilst heresy is literally a matter of life and death. Whereas to those who see the line between order and chaos in politics and policing, for example, religion can seem a dangerous triviality.

One of the themes I’m going to keep coming back to as I explore different models of difference is to think about how that model defines ‘good’ and ‘bad’ difference. It is a very notable feature of that creation account of Genesis 1, that God repeatedly affirmins the goodness of what has been ordered, separated and created in all its diversity. ‘And God saw that it was good’ runs as a repeated refrain through the whole of the first chapter of the Bible. The first mention of anything not good comes in 2:9, with the mention of the tree ‘of the knowledge of good and evil’ – around which, of course, the action of the next chapter centres. Moral judgements and morally good and bad behaviour do exist in this milieu, but they are secondary and subsequent to the basic goodness of what has been created in and of itself.

It is also important to note that the divine activity of arrangement or separation, creating difference, in Genesis 1 is not about dualism. It is not the case that one of each pairing is good and bad, as so often in our way of speaking in pairs or in ‘binaries’. It emphatically is not the case that, for example, the light is good and the darkness bad, or the sea bad and the land good, as is so commonly the case in later discourse and metaphor. In Genesis, the arrangement itself, and all that has been arranged, is good.

The typical explanation in Christian theology for the basic question ‘why a Good God would make a world in which there is so much pain and suffering and hardship’, is that everything God made was originally good, but that the option of bad enters the world with the Fall. The created order is good, but human choices can be bad – and as a result of bad human choices, the created order is to some extent turned against humanity and becomes a place of toil, pain and hardship. Things have become disordered as a result of human disobedience, runs the argument.

However, this strand of theological thought does not simply map onto a theory of difference. In theory, perhaps, the idea would be that differences that bring order are good, differences that bring disorder, bad. But the concept of the Fall problematizes that, because disorder is in some sense seen as part of the new natural order, God’s dispensation, and it may be disordered to seek to bring order! This idea can be seen, for example, in the Victorian debates over pain relief in childbirth, where some religious authorities argued that seeking to remove pain in childbirth was against God’s will since God mandates such pains in Genesis 3:16. It can also be seen, I gather, in some right-wing American arguments against international peacekeeping.

I’m aiming to discuss various different paradigms for difference that have existed over the course of Christian history. The discussion of one after another shouldn’t be taken to mean that one supercedes or replaces another, nor that one stops when another starts. In the history of thought, it is generally the case that as one model or paradigm rises to prominence, others continue in the background. It is not even the case that most people move from one to the other and a few conservative or backward souls cling stubbornly to the previous model – ‘flat earthers’ – rather, most people are not fully aware of the incongruities or incompatibilities between different models, and often will assent to a new one whilst still having elements of older patterns of thinking very much underlying their beliefs and practices – their ‘gut feelings’ or idea of ‘common sense’.

Order is not so much a theory in itself, I suggest, (unlike the specifically hierarchical theory of an ordered universe which I have already outlined here), but is a fundamental human desire which underlies all of our theories, and gives so much visceral strength to them and to our response to them being threatened.
Posted by Miranda at 15:49

I'm absolutely delighted to have written this book over lockdown, with the help of the fabulous people from St Bride's and around ...