One of the things that I love is going to the Anglo Nordic Baltic theology conference! 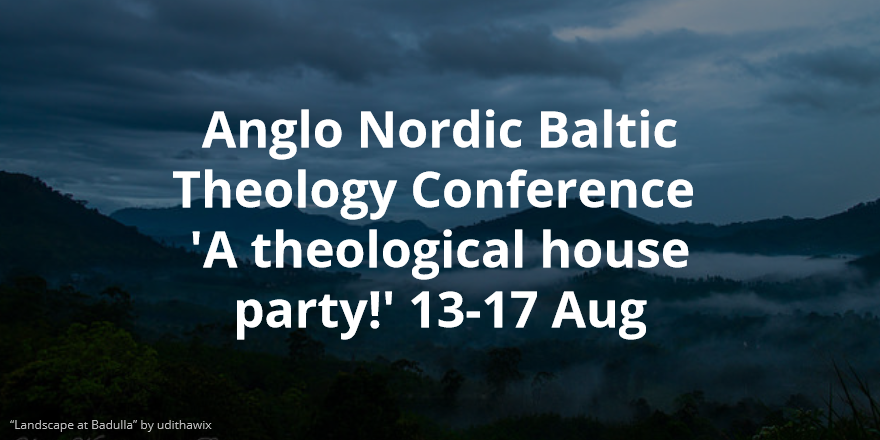 It is a biennial conference that takes the form of a 'theological house party'. It was founded in the early decades of the 20th century to foster understanding and build relationships between members of the Anglican and Lutheran churches of Northern Europe. That clearly worked really well, as it led to the Porvoo agreement! You can read more about the history of the conference here.

The first time I went was to the 2009 conference in Sweden, and we had such a good time. It makes a refreshing change from other conferences as it is attended by a mix of academics and practitioners, lay and ordained. It also makes a refreshing change from other ecumenical gatherings and church summits, as it has no aim to produce anything official - so there is no pressure to agree a text or communique. The aim is simply to have a good time together gathering around discussion of a common theme.

If you haven't heard of it before, that may be because the conference used to be by invitation only!  However, since 2013 we have re-launched the conference on a new footing and it is now open to anyone who wishes to attend. It is currently convened by a small group of us: myself from England, Mika Pajunen from Finland, and Archbishop Michael Jackson from Ireland.

The language of the conference is English and papers are short (20 minutes) to act as discussion starters, rather than being the last word on a subject.

The theme for 2015 is Theology in the Public Square. Do take a look at the emerging programme, think about coming, and if you wish, get in touch with me about a paper if you'd like to offer one!
Posted by Miranda at 15:46