The US Election, New Scientist, and Good Disagreement 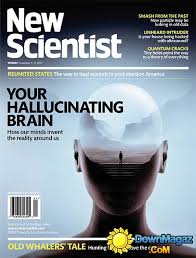 My husband is a chemical engineer, and subscribes to New Scientist magazine. I tend to read it over lunch, and for a while now, I've been pondering starting a series on this blog, theologically reflecting on a New Scientist article each week. Because almost every single week there is at least one article that has fascinating theological implications, or that sheds new light on a knotty moral or theological question, or that just makes you wonder again at how amazing this world is.

The one that has finally made me crack and give this is a go is this New Scientist article by Aviva Rutkin on ways in which Americans are trying to crack the 'good disagreement' nut.

How to do disagreement better has become something of a key theme in the Church of England in recent years. It has been repeatedly suggested that, if we can do this, it is something important that we can offer to the rest of society. The Shared Conversations process that dioceses and Synod have been through over the past few years on the issue of how the church should respond to same sex relationships have been a concerted attempt to put this into practice.

Important elements of this have been listening well; focusing on understanding others positions and making your own understood, rather than focusing on arguments; and reminding ourselves of what we hold in common, not simply what divides us.

What I hadn't appreciated until I read this article in New Scientist was just how many other people are also working on similar processes in very different contexts. Rutkin's headline example is of the US election, and how some groups are already thinking ahead to try to build bridges between Republicans and Democrats whatever the result, in an election in which both candidates are 'both parties' most disliked candidates in recent history'. Other examples take on racial prejudice and attempts to get the pro-choice and anti-abortion lobbyists talking to each other.

The stories are encouraging ones, but what struck me most was how similar the processes described were to what we have been doing in our own Shared Conversations. On the one hand, this is pleasing - it suggests that such techniques do indeed work - not to change participants' deeply held views, but to change the way they go about expressing them and the extent to which they relate to those of other views as people rather than as simply 'other'. On the other hand, it rather punctures any nascent sense that we may as the CofE have something new to offer!

But the main feeling I am left with from reading this article is a sense of relief and pleasure that at least some people of good will, all around the world, think that reconciliation, communication, and bridge building is important. Reading about science, and evolution, and politics, it is easy to be overwhelmed by the sense of 'original sin' in humanity, seeking our own advantage at the expense of others. (Reading politics and economics, it is depressing to realise just how much capitalism makes this into a prime virtue rather than a sin). But then there is always a shaft of light, like this - the reminder that there are always some people, perhaps just a few, working to build rather than to destroy, to communicate rather than to win. And not even doing so primarily for themselves, but helping others to do so in the hope of a better society for all.

The Church and the World are not always in opposition (as one commentator on a previous blog post here argued): how can they be, when the World is the one that we believe that God created (no, not in seven days, but created nonetheless), loves, declares to be good, and died to save? Things like this are a healthy reminder that God's spirit of peace and love and joy is working just as much 'out there' as 'in here'.