Can trust alone work for the women bishops legislation, as the House of Bishops' 'Option 1' hopes? 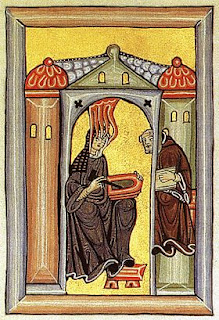 I am aware that many are wary of this, because they feel let down in the past, or fear the future. But trust is probably all that is left as a viable way forward, as the Bishop of Willesden argues.

I am an academic by training, and so I naturally prefer to look at evidence not simply emotions when we are making decisions.

And the evidence from this diocese, at least, is that yes, trust can indeed work.

Here is a concrete, current example.

In Durham diocese, one area is currently trying to work out what sort of 'pastoral reorganisation' might best serve the needs of a large group of parishes. The parishes and area dean are exploring options on the departure of one vicar of three parishes, and are considering appointing someone to work also across a wider part of the deanery with a pioneering or experimental brief.

Until recently, three of the churches had resolutions A, B and C. On the departure of their vicar, two of them voted to rescind all three, and the other voted to keep them. One option would of course be for the 'mainstream' parishes to go ahead with an appointment, and for the ABC parish to be served by a series of cover priests (it is unlikely to be viable for even a house for duty post on its own). However, that would risk both isolating them and resulting in a 'doughnut' solution - a group of parishes with a hole in the geographic centre. This is not what any of the parishes concerned want.

So, a couple of weeks ago, the area dean and some of the parish reps met with the Bishop of Beverley (the local ABC bishop) to discuss ways forward. Nothing is on paper yet, but reports of the meeting are that all agreed that it would be best to work together. The suggestion is that a job description be drawn up to cover all the area. In the true spirit of the aspiration to be blind to someone's gender or theological convictions about gender, this would specify that the person appointed might be male or female, resolution or not. A resolution male priest would need to be prepared to work with female priests in neighbouring parishes, and to allow women to celebrate in the non-resolution churches. A non-resolution priest would need to respect the resolution parish, and be prepared to organise suitable priests for their services and cooperate with the Bishop of Beverly.

All parties involved in that discussion are happy with this agreement.  The job ad would spell this out, and the person with the best skill-set for the job would be appointed, regardless of their gender or convictions.

I imagine some women priests, and some ABC priests, might find the conditions of collaboration hard to meet. And a readiness to collaborate will indeed be required. However, since both the Bishop of Beverley and local church leaders think this is workable, this seems a reasonable compromise.

All sides will need to compromise, and there will need to be a large degree of trust on all sides for it to work. That seems to be forthcoming.

I am sure this cannot be the only example of good practice on the ground. Most people in this debate hasten to say that they work well with those of other convictions, and my observations locally suggest this is not often mere empty rhetoric.

So lets avoid panicked glances across the Atlantic, and endless 'what if?' scenarios. The observable evidence, here, is that most people in the church are people of goodwill, and want to make this work.

So lets trust - not each other - but ourselves. We can do this: we are already doing this.